The seminar room at the Fitzwilliam Museum was full to capacity for this now regular, biennial, event. Attendees included numismatists, collectors, archaeologists, detectorists, senior academics and students. Many who had travelled from overseas specifically to attend the event, were able to join in an affable meal on the previous evening. The theme was 'Mark Blackburn and His Legacy' and the papers, as one might expect of this inspirational teacher, were of the highest order. After Simon Keynes’ personal reflections on Mark Blackburn, former students Rory Naismith and Andy Woods spoke respectively on the mints of London and Dublin.


The second session, on early Anglo-Saxon coinage, included Anna Gannon on sceats, John Hines on the origins of ‘sceat’ and its denomination and Gareth Williams on the Staffordshire Hoard. After lunch, during which Grunal the Moneyer gave a demonstration of coin making, Ron Bude, visiting from the US, and Stewart Lyon opened new avenues of discovery advancing work commenced respectively in the 1980s and ‘90s by James Booth and Liz Pirie.


The third session gave Dot Broughton and Kristin Bornholdt-Collins the chance to describe the latest findings from the significant hoards found respectively at Silverdale and Furness. The final session gave some of the Continental visitors - Florence Codine & Guillaume Sarah and Arent Pol - an opportunity to explain their current research.


Overall this was a most entertaining, full and informative day and gave attendees the chance to socialise and discuss their current work.

Studies in Early Medieval Coinage, Volume 3 will include papers from the 2010 and 2012 symposia in early medieval coinage, both held at the Fitzwilliam Museum, Cambridge. The deadline for submissions is the end of 2012. There will be no extension to this generous allowance. I have already received pledges for twelve articles and space may be limited, so please do not delay in letting me know if you want to contribute. The major bibliography now prepared and under review may form a separate volume.


Studies in Early Medieval Coinage, Volume 3 is to be published by Boydell & Brewer. Previous volumes are available from them at http://www.boydellandbrewer.com/. Please support this worthy journal; this entire initiative will be jeopardised if the publication fails.


I am intending to hold another full day symposium on medieval money and coinage (roughly AD 973–1500) during the Leeds International Medieval Congress, 1-4 July 2013, http://www.leeds.ac.uk/ims/imc/. Please send me have an abstract and brief biography at t.abramson@ntlworld.com if you wish to speak or organise an individual session of 3-4 speakers. While this seems early, proposals for individual papers must be submitted by 31 August 2012 and session proposals by 30 September 2012. I’m not sure how well numismatics and monetary history can be made to fit the thematic strand of the Congress which is ‘Pleasure’. I await your creative suggestions. Nine papers from the 13th July 2010 symposium are currently being published in The Yorkshire Numismatist volume 4. 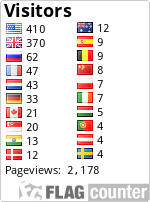